This year the Manchester Day Parade falls on Sunday 17th June. If you’ve never been it’s a celebration of all things Manc and a great day out.

I’ve been attending the parade with my family over the last few years and this year I’ve spent the last couple of weekends volunteering behind the scenes to help create floats and props for the parade.

The parade is put together by outdoors arts company Walk The Plank. They work with each of the local Manchester community groups who feature in the parade to turn their ideas and key messages into visual spectacles!

The theme for 2018’s Manchester Day Parade is “the word on the street” and I’ve been working with an artist called Rory. So far we’ve been making alphabet letters and words in cardboard, making speech bubbles out of bamboo, creating patterns on fabric and generally just having an amazing time getting hands on and creative!

Elsewhere in the workshop, there are huge sea creatures being made, hundreds of costumes to be sewn, fairy wings, a giant foam dragon and loads more yet to turn from a sketches into real things.

Here’s the work in the progress… 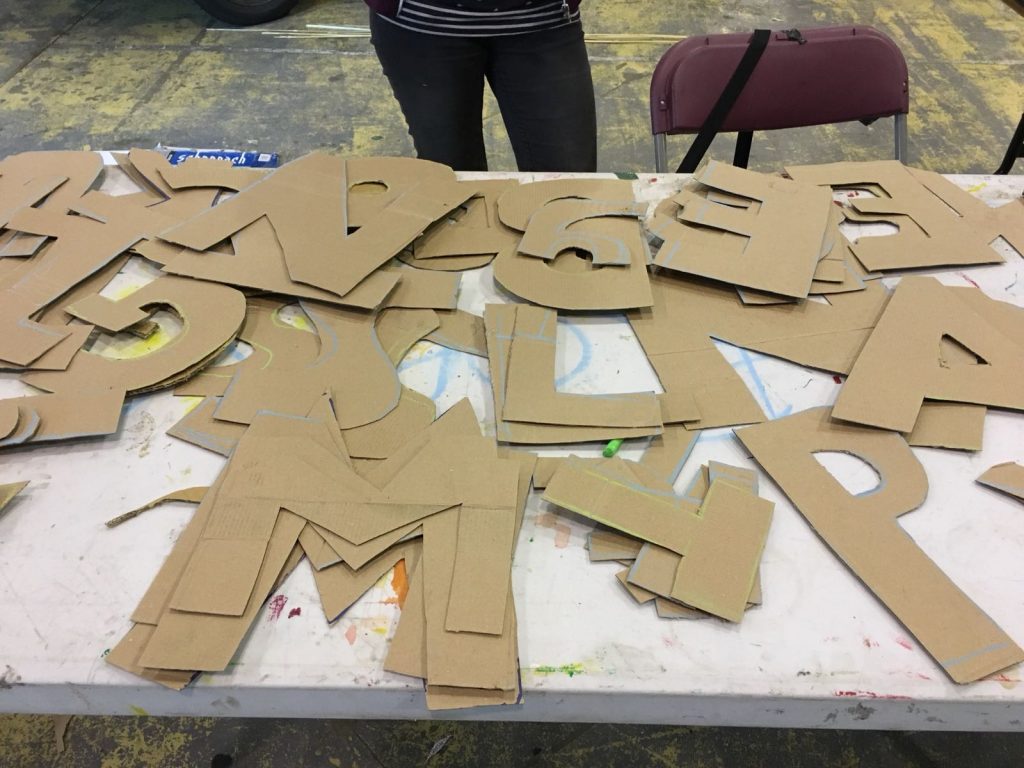 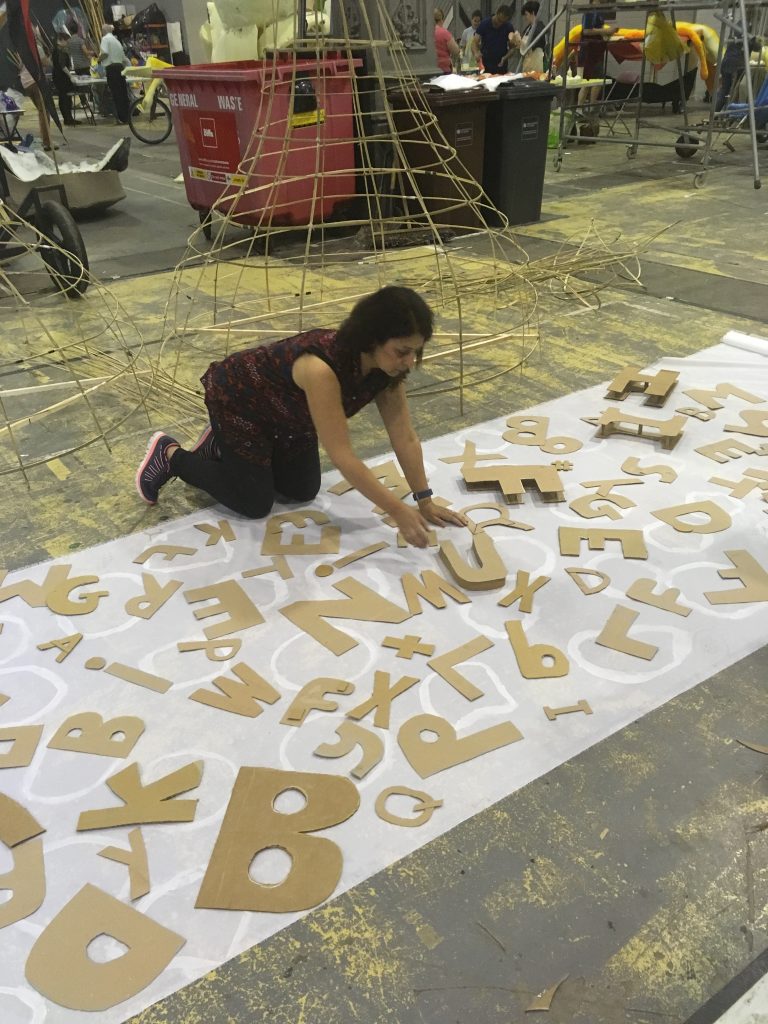 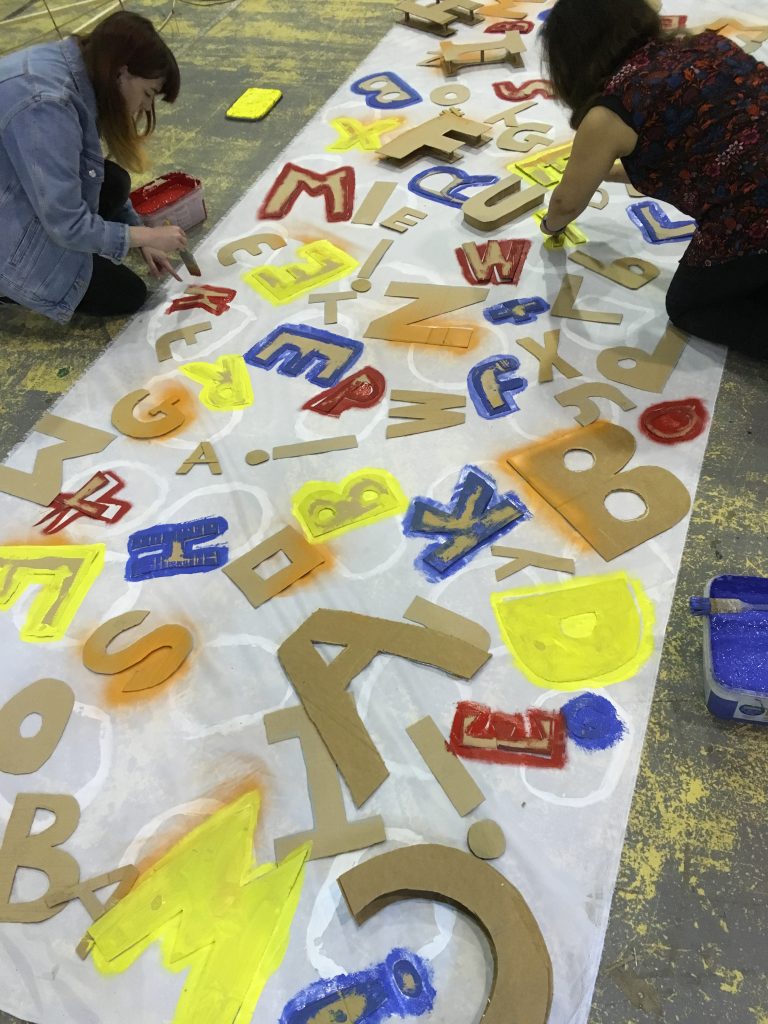 Check out the parade route and all the other fun stuff happening in the city on 17th June at the Manchester Day website.